It was a banner day on Monday, November 18, 2019, for the Greensboro Bar Association as President Eric Richardson, other GBA officials and staff, members of the judiciary and courthouse staff, and local attorneys welcomed the North Carolina Supreme Court for appellate proceedings convened in the Old Guilford County Courthouse in Greensboro. Prior to the session, Clerk of the Supreme Court Amy Funderburk provided introductory and explanatory remarks as ticketed attendees assembled. Funderburk officially gaveled proceedings to order at 9:30 a.m. and oral arguments were heard by the Court in the local cases of Chambers v. The Moses H. Cone Memorial Hospital, et al. and State v. Jeffrey Tryon Collington. 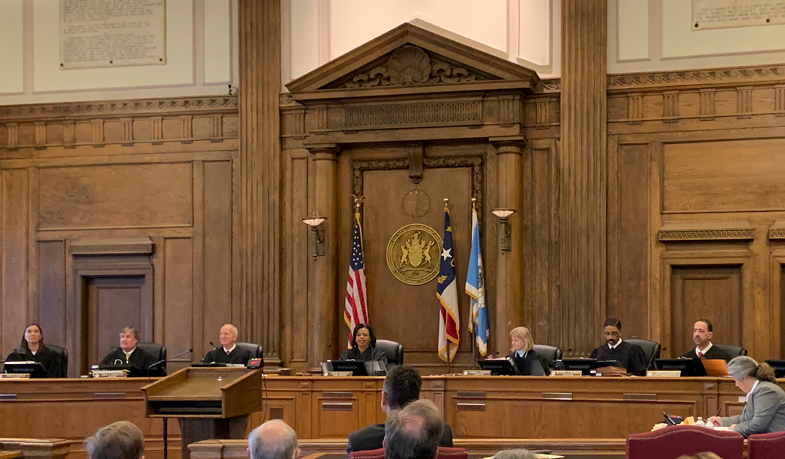 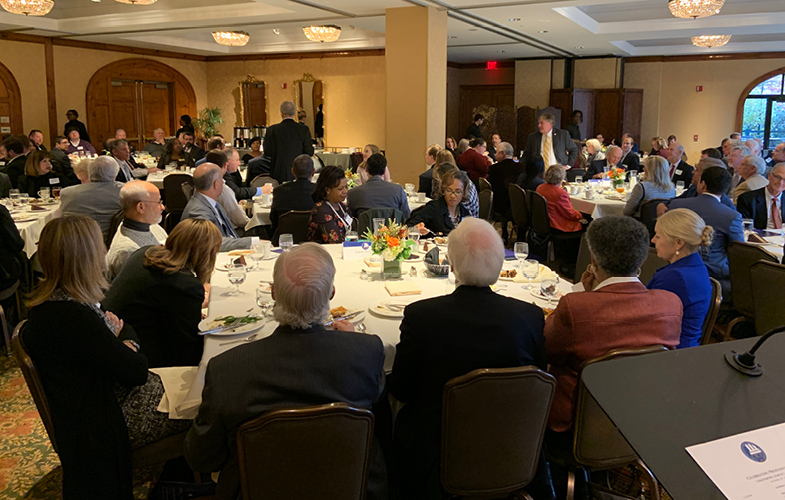 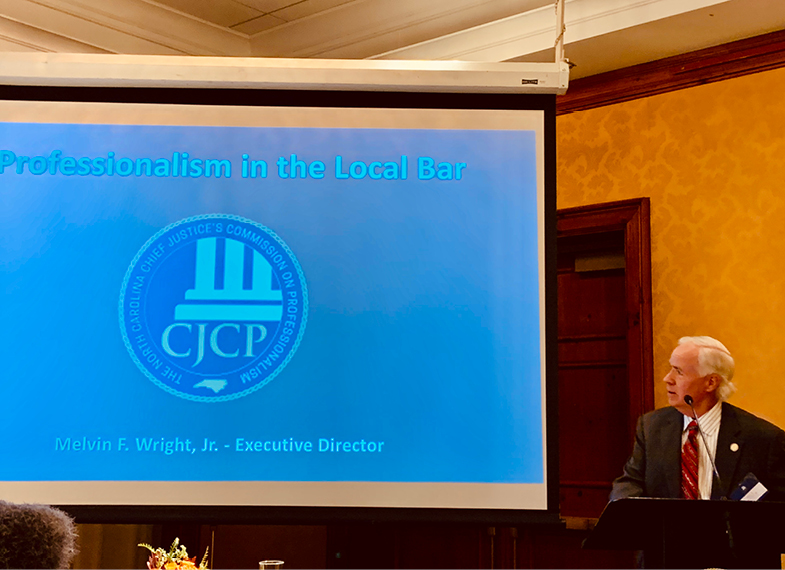 2019 represents the 200th anniversary of the formal existence of the North Carolina Supreme Court. While judges had previously presided in and over legal disputes during the Colonial era and sat individually and occasionally in panels of three as Superior Court Judges, the current appellate entity was established and initially convened in 1819. During this commemorative year, the Court has travelled extensively and met in formal sessions throughout the state; last month, a Bicentennial Gala was celebrated by the North Carolina Supreme Court Historical Society, and an exhibit at the North Carolina Museum of History as well as a documentary film about the Court recurring on UNC Public Television each premiered on November 14th. 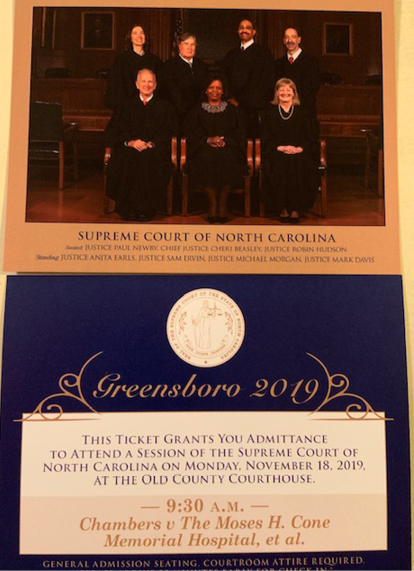 Following Monday’s oral arguments, the GBA hosted a Professionalism luncheon at the O. Henry Hotel in Greensboro, where remarks were offered by Chief Justice Cheri Beasley (and Justice Paul Newby led a celebratory singalong in honor of the birthday of fellow Justice Sam J. (Jimmy) Ervin IV). Members in attendance thereafter received a CLE presentation by the Chief Justice’s Commission on Professionalism (CJCP), led by its Executive Director, Mel Wright. The Guilford County session occurred during the Court’s final week on its Bicentennial Road, which concluded with appearances in Orange and Johnston Counties.