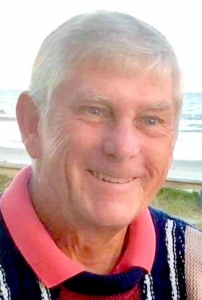 Edward Linn McVey, III, 72, passed away suddenly on March 11, 2020.  He spent that day doing many of his favorite things:  volunteering at the hospital, helping friends and neighbors, playing with his grandchildren, and working in the yard.

He was born in Columbus, Ohio, the son of Edward Lynn McVey, Jr. and Irene Spence McVey.  He graduated from Baylor University with a degree in business and a Juris Doctorate.  He practiced law for 42 years.

Ed and his wife of 45 years, Catherine (Kay) Boyd McVey, began raising their three daughters in Columbus, Ohio.  They moved to Greensboro in 1985 to nurture their warm and adventuresome relationship with Kay’s mother, Sis Cole Boyd Schenck.

As a young man, Ed enjoyed marathon running, distance cycling and scuba diving.  He was a certified rescue diver, ice diver, divemaster.  In later years, he could usually be found somewhere outdoors, noticing the subtle signs of growth and change in nature.  He enjoyed managing the family tree farms, splitting firewood, and taking “urban hikes” around Greensboro.  Some of his most favorite days were spent kayaking and enjoying sunsets from the dock of his Topsail Island home.  He was an involved and attentive dad, and an amazing grandfather, “GG.”  He took a special joy in playing with and leading his three grandchildren on adventures around town and out in “the wide world.”  He attended Oak Ridge Presbyterian Church.