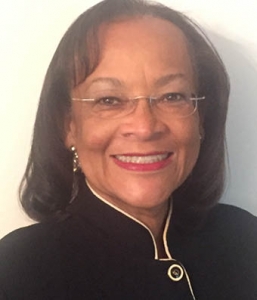 Following her recent re-election as a Bar Councilor for the 24th Judicial District Bar, the Honorable Patrice A. Hinnant continues to demonstrate her commitment to the administration of justice in Guilford County and the State of North Carolina.  In 2009, Judge Hinnant was appointed by NC Governor, Beverly Purdue, as the District 18 Superior Court Judge, and she served nearly ten years on the bench until her retirement in 2018.  Prior to her appointment to the Superior Court bench, Judge Hinnant served as a District Court Judge for the 18th Judicial District for thirteen years, after working in private practice as an assistant public defender for Greensboro, NC. In addition to her more than 22 years on the bench, Judge Hinnant’ s commitment to upholding the legal profession and her longstanding service to our community is further reflected by her involvement in various bar committees and her receipt of multiple awards for leadership and distinguished service. Judge Hinnant’ s passion for service does not go unnoticed and she serves as a wonderful example for other attorneys and advocates in our community.