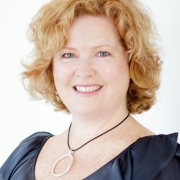 Camille Stell is President and CEO of Lawyers Mutual Consulting & Services. Continue this conversation by contacting Camille at [email protected] or 800.662.8843.

There are 1.3 million lawyers in the United States, and 30,000 of them live in North Carolina.

Nationwide, there are approximately four lawyers for every 1,000 residents, but the number doesn’t reflect the reality. Most lawyers work in urban areas, but many rural areas of the country have few or no lawyers.

Overall, 40% of all counties and county-equivalents in the United States have less than one lawyer per 1,000 residents.

According to the 2020 ABA Profile of the Legal Profession, In North Carolina, we have 2.3 lawyers per 1,000 residents. Our lawyers are clustered in the Research Triangle, Mecklenburg County, the Triad, and Wilmington. We have ten counties with single-digit number of lawyers.

I work with lawyers inside and outside of North Carolina on succession planning. This morning, a lawyer in rural North Carolina told me his law firm was one of two in a 40-mile radius. He and his partner are in their early to mid-70s, as are the other lawyers in the county. His law firm has not received an unsolicited resume from a lawyer in more than 10 years. He serves on his judicial district committee to conduct lawyer fitness interviews and no one in their judicial district has taken the bar exam in the past three years.

South Dakota was one of the first states to tackle the problem of legal deserts in 2012. Project Rural Practice combines funding from the state, rural counties, and local bars to support young lawyers in small towns and farm counties. The results are “legal oases,” said Patrick Goetzinger, former president of the South Dakota State Bar who helped create the program.

According to a South Dakota Law Review 2014 study, 20% of the country’s residents live in rural areas, but only 2% of attorneys practice in rural areas or small towns. Rural lawyers are typically older; a New York state survey of 900 rural lawyers found that 74% were 45 or older and more than 46% said they planned to retire within 10 years.

What Does This Mean for Citizens Who Need Help?

The North Carolina State Bar established a Regulatory Reform Study Subcommittee in January 2020. Because of the pandemic, work did not begin until June 2020, but since that time the subcommittee met monthly to hear experts from across the country discuss changes in regulatory reform that are impacting the profession.

There are 14+ states that are studying regulatory reform issues or are engaged in regulatory reform. Increased pressure to study regulatory reform is rising resulting from Access to Justice concerns, increasing legal technology innovations, changes in the legal marketplace, as well as the pandemic and the havoc it has caused for citizens, the courts, and lawyers.

According to the Clio Legal Trends Report, and many other surveys reporting on law, solo and small firm lawyers face a challenging environment:

The primary mechanism for regulating the market is lawyer ethics, including

Why is this important?

Most experts do not expect to see an improvement in these legal deserts in the next decade.

Lauren Sudeall, a law professor at Georgia State University, while not optimistic about seeing improvements in these numbers, says, “But I hope that we can have a broader understanding of what access to justice means… Not just by looking at justice as sort of this binary do-you-have-a-lawyer-or-not question.”

What Can You Do?

The North Carolina State Bar Regulatory Reform Study Subcommittee issued a report to the State Bar Council at their January quarterly meeting (which was held virtually because of the Omicron numbers). Conversation on the subcommittee’s report was tabled until April when in-person meetings are likely to resume.

“Nearly every state in the nation has large stretches of rural areas and counties with few lawyers in them – or no lawyers at all,” ABA President Judy Perry Martinez said. “In fact, rural residents are disproportionately poor, and many are forced to travel long distances to find lawyers to handle routine matters that affect their everyday lives, such as wills, divorces and minor criminal and civil cases.”

The NC Equal Access to Justice Commission and the Equal Justice Alliance partnered with UNC Greensboro’s Center for Housing and Community Studies to conduct the first comprehensive civil legal needs assessment of our state in almost 20 years. Results show:

In the medical profession, 1 in 10 health care providers are doctors with a wide range of other medical providers who can aid the sick.

In the legal profession, 9 in 10 legal providers are lawyers. Where are all the other resources that our citizens need to deal with problems that impact their lives in no less devasting ways than sickness?

It’s time to consider other options. Here are some that other states are considering or have in place:

The lawyers of North Carolina have the opportunity to make a difference.

I hope you will follow the work of the State Bar’s Regulatory Reform Study Subcommittee and explore the possibilities that exist to expand access to justice.

Camille Stell is the President of Lawyers Mutual Consulting & Services and the co-author of “Designing a Succession Plan for Your Law Practice: A Step-by-Step Guide for Preparing Your Firm for Maximum Value”. Continue this conversation by contacting Camille at [email protected] or 919.677.8900.