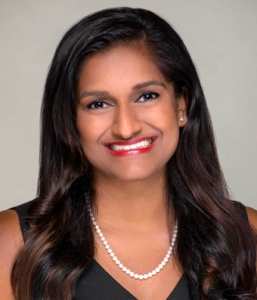 Manisha P. Patel, Esq. is one of two North Carolina State Bar Councilors elected to represent the 24th Judicial District and founder of The Law Office of Manisha P.Patel, PLLC.

So, what does the N.C. State Bar Council do anyways???

The NCSB Council is comprised of one elected Councilor from each Judicial District plus sixteen (16) additional Councilors. Where do the remaining sixteen Councilors come from you may ask? Every six years, the additional Councilors are allocated to each of the 44 JDs based on the actual population of lawyers in each district as that number relates to the total active NCSB members. Another interesting point is that the NCSB Council also includes three non-lawyer members who are appointed by the Governor.

N.C.G.S. §84-23 describes the governing powers of the Council- in essence, the Council regulates the professional conduct of licensed lawyers and North Carolina State Bar Certified Paralegals. More specifically, the Council has the following responsibilities that are shared amongst a number of committees:

A ‘catch-all’ provision is included within this particular statute to allow the Council to act in a manner necessary to further the purpose of Article 4 that is not otherwise illegal.

In the next installment of Councilor’s Corner in February 2022, look out for an update from the 2022 First Quarter State Bar Council meeting held from January 19th through 21st, 2022 as well as a breakdown of the role of the elected Councilor in their particular district and on the Council. Please feel free to reach out to me with any questions at [email protected] in the meantime!