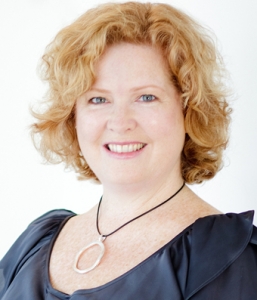 Camille Stell
is President and CEO of Lawyers Mutual Consulting & Services. Continue this conversation by contacting Camille at [email protected] or 800.662.8843.

“Reading makes immigrants of us all. It takes us away from home, but more important, it finds homes for us everywhere.” ~ Jean Rhys

By comparison, the novelist Stephen King says that he reads about 80 books a year. Without knowing the total books read in a year, we get some clues into the reading habits of other famous people who credit a portion of their success to books. In December, President Obama listed his favorite 19 books of 2019 and, in the year prior, he listed his 29 favorite books of the year. Bill Gates recommended 19 books from 2019. My friend and writing colleague, Jay Reeves, averages 24 books a year, reading two to four books at one time, a habit I picked up from him. My writing coach Daphne Gray-Grant reads 52 books each year and publishes book lists in June and December.

Here are a few of my favorites:

Heather Bell Adams is a Hendersonville, North Carolina native and a Raleigh lawyer. Her 2017 debut novel, Maranatha Road, was nominated for several literary awards and was a finalist for the Thomas Wolfe Memorial Literary Award and the Sir Walter Raleigh Award for Fiction, among other honors. Her sophomore novel, The Good Luck Stone, is expected during Summer 2020. Heather’s story of loss and grief is informed by her own life and family, with a beautiful sense of hope woven through her tale.

Maranatha Road is the story of Sadie Caswell, whose son dies shortly before his wedding, and Tinley Greene, a stranger to his family who shows up and claims to be pregnant with his child. Heather says that after years of legal writing, which requires a certain degree of economy, she tends to keep things moving in her fiction as well. “Writing briefs requires distilling complex arguments into their most essential points to stay within the prescribed word limits and avoid annoying the judge. When it comes to fiction, I think (hope) that same careful restraint keeps the reader’s attention from drifting.”

Murder on Birchleaf Drive: The True Story of the Michelle Young Murder Case is Poyner & Spruill lawyer, Steve Epstein’s, first published book. When asked what inspired him to write the book, he says, “It was almost as if this story found me and, for some reason, chose me to write it. I have no background or experience in criminal law. I had no role in this case whatsoever. I had never written a book — about anything. Before embarking on this project, I had never considered writing one. I followed the incessant news coverage of this murder case pretty closely. The case was in the news again during the summer of 2017 for a hearing on Jason Young’s motion for appropriate relief. I reached out to his former attorney to determine if anyone had ever written this true crime story and learned that the field was wide open. I decided to challenge myself and get out of my comfort zone.” I’d say Steve accomplished that and more.

Educated by Tara Westover is a 2018 memoir that will break your heart and inspire you. Westover grew up in a family that moved from mainstream to off-the-grid and overcame family obstacles such as mental illness, poverty, child labor, isolation, and physical abuse to end up in college, where she participated in a formal education for the first time. From the mountains of Idaho to Harvard and Cambridge, Westover travels far from home and wonders if she can ever return to the family she left behind.

Where the Crawdads Sing by Delia Owens is set in North Carolina, mostly in the coastal marshland. Though Owens was born in Georgia, it is her experience in Africa that perhaps inspire the novel with themes of abandonment, isolation, and the role of nature in survival.

Mistress of the Ritz by Melanie Benjamin is a novel based on the real-life American, Blanche Rubenstein Auzello, who secretly worked for the French Resistance during World War II while hosting the invading Germans at the iconic Hotel Ritz in Paris. This was a story I had not heard. When asked what drew her to the character of Blanche, Benjamin says, “How can you not love a woman who threw a glass of champagne in a Nazi officer’s face? She was so gutsy, I had to write about her! I was also drawn to the notion of trying to erase a part of your life, believing you can do so easily, yet finding that it’s still with you, it still defines you decades later.”

North Carolina State University professor Elaine Neil Orr is the author of Swimming Between Worlds. The novel, set in Winston-Salem during the turbulent Civil Rights Movement, was inspired by her experiences as the child of medical missionaries. Orr grew up in Nigeria and she sends her protagonist Tacker Hart — the local high school football hero — to work in West Africa building schools. After forming relationships with Nigerians, he struggles to see his home in the same light when he returns.

I heard Preet Bharara, former U.S. Attorney from the Southern District of New York, speak at the Clio conference a few years ago. I now follow his podcast, Stay Tuned with Preet, and I read his 2019 book, Doing Justice: A Prosecutor’s Thoughts on Crime, Punishment and the Rule of Law. Bharara’s book is filled with stories of people who committed crimes, made mistakes, or simply failed as people do every day. Some of his stories offer redemption, some have satisfying endings, but the stories told from the view of this prosecutor do not disappoint.

You can find a complete list of books I read in 2019 on the Lawyers Mutual blog, A Byte of Prevention.

Camille Stell is the President of Lawyers Mutual Consulting & Services. Continue this conversation by contacting Camille at [email protected] or 800.662.8843.