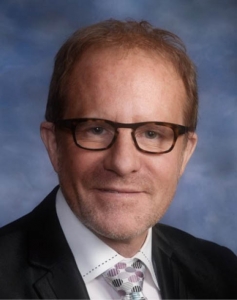 Dwight Austin Ensley, 64, went to be with our Lord on March 5, 2022.  His death by heart attack was sudden and unexpected.  He is survived by his beloved wife, attorney Carolyn J. Woodruff, of Greensboro; a daughter, Maggie Ensley Williams of Denver, Colorado; and three grandchildren, Ethan, Cameron and Addison Williams.  These grandchildren were the apple of his eye.  He was predeceased by his mother, Ruth Harding Ensley Becherucci of Orville, Ohio; his father, Austin Ensley and step-mother Gladys Ensley, of Cherokee, North Carolina; and his daughter Carly Ensley, of North Canton, Ohio.

After high school in North Canton, Ohio, Dwight graduated from Kent State University in Business Administration with a concentration in Aviation in 1979.  He received his MBA from the University of Steubenville in 1986.  Feeling the need to develop environmentally-friendly businesses, he owned and operated a glass recycling plant in Baltimore, Maryland, and a plastics recycling plant in Ohio and North Carolina.  He was the owner and CEO of the following:  Plastic Recycling Company, 1977-2008; Glass Recycling Company, 1993-1997; and Multi-material Recycling Company, 1989-1993.  After selling these plants, he utilized his MBA skills to become a Certified Valuation Analyst (CVA) in 2010.  In 2010, he started the business valuation firm known as ValuePointe.biz, a specialty consulting firm that provided more than 500 business valuations for divorces, SBA loans, and estate planning in the Southeastern United States.  During the years 2008 to 2010, he was the business director for Woodruff Family Law Group in Greensboro.

Intrigued by the law and his lifelong desire for continuous learning, Dwight decided to attend law school, where he excelled at Elon University School of Law, only a short distance from his Greensboro home.  He was the oldest guy in the class of 2013.  After passing the North Carolina Bar Examination, he continued his pursuits with ValuePointe.biz with even more knowledge of the requirements for being an expert witness.  He had ongoing projects with ValuePoint.biz at the time of his death.

Dwight was the author of When the Wrong Person Gets the Money, concerning the 2009 U.S. Supreme Court case Kennedy v. Plan Administrator for Dupont about divorce and the misdirection of retirement benefits to a new spouse.  He also wrote Business Valuations for NC Family Lawyers, which he used as his text at his frequent CLE speaking engagements.

In addition to his business and professional pursuits, Dwight was an accomplished airplane pilot all of his adult years.  He also participated in the creative arts and was active in numerous charitable endeavors.