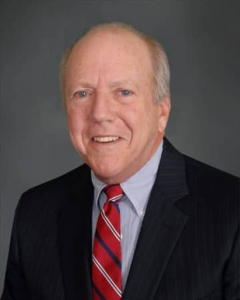 The GBA wishes member Ken Gumbiner a very Happy 50th Anniversary! Ken has been practicing law for fifty years. He received his Juris Doctor from the University of Illinois and was first licensed in that state in November of 1971.

Ken moved to Greensboro in 1984, and currently practices with Higgins Benjamin where he focuses on matters involving business and civil ligation, intellectual property, and construction law. He is a graduate engineer and has experience in all forms of dispute resolution, including complex litigation, arbitration, and mediation. In 1992 he became one of the first mediators certified by the North Carolina Dispute Resolution Commission and since then has mediated over 500 cases. He has been recognized by Super Lawyers, Best Lawyers in America, Legal Elite in North Carolina, and was inducted as a Fellow into the Litigation Counsel of America in 2011, a group recognizing less than one-half of one percent of trial lawyers.