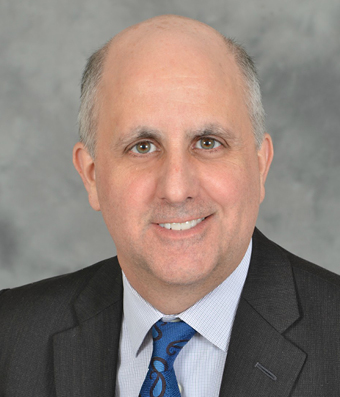 November promises to be extraordinary for Greensboro.  On November 18, 2019, the North Carolina Supreme Court will hold oral arguments in our city.  The Court will distribute designated tickets through the Superior Court Judges’ chambers.  In addition, the GBA will sponsor a lunch for bar members with the Justices followed by an afternoon CLE on professionalism.  We hope you will consider being a part of this historic event!

As many of us witness, real life drama plays out in courtrooms across our state and country every day.  The wreckage from events leading to litigation combined with the results of public trial test our ability to move forward with life.  As such, I am amazed at some human beings’ ability to forgive.  When Mahatma Gandhi said, “The weak can never forgive. Forgiveness is an attribute of the strong.” He turned the concept of retribution on its head.  He gave power to healing, recovery, and one’s ability to have choices when responding in the face of being done wrong.

These words echoed in my head during the recent events that played out in a Dallas, Texas courtroom when Mr. Brandt Jean, the brother of a man killed in his apartment by a police officer, hugged the shooter who was convicted of murder.  I can’t imagine the weight of that moment or the ability of Mr. Brandt Jean to embrace his brother’s killer.

“The weak can never forgive. Forgiveness is
an attribute of the strong.”

Perhaps there is truth to the concept that forgiveness leads to freedom.  Dr. Tyler Vander Weele, co-director of the Initiative on Health, Religion and Spirituality at the Harvard T.H. Chan School of Public Health, encourages small acts of forgiveness in everyday life to immediately stop the negative reaction and feelings that typically come from some unkind word or wrong act.

Whether large or small, the ability to forgive appears to have positive, life-affirming results.  With the turmoil we face in our practices or watch daily on the national stage, this concept of forgiveness, at times, seems distant.  Perhaps recalling Martin Luther King, Jr.’s discerning words will encourage us to treat friends and foes a bit better: “We must develop and maintain the capacity to forgive.  He who is devoid of the power to forgive is devoid of the power to love.  There is some good in the worst of us and some evil in the best of us.  When we discover this, we are less prone to hate our enemies.”

As we approach Thanksgiving, I encourage all to not only be thankful for blessings but to also forgive ourselves and others for past transgressions.