Sure, you might love to don your finest green outfit and throw back a few green beers every year on March 17. But how much do you really know about St. Patrick’s Day? The holiday has centuries of history and there’s much more to it than the parades and street parties for which many casual celebrants know it.

Indeed, St. Patrick was born in the 4th century (and not in Ireland!). And in the centuries since, the facts surrounding the patron saint’s life have merged with plenty of folklore and legends to create the foundation for the holiday we celebrate today.

In fact, many of the modern American St. Patrick’s Day traditions are much more rooted in the Irish-American immigrant experience than they are aligned with actual Irish traditions. For instance: Corned beef and cabbage? Not really a thing in the Emerald Isle! And here’s another fun fact: There are way more Irish-American people than Irish people comprising the country’s whole population!

So, sure, get out your shamrock-shaped glasses, your green bead necklaces and your pint of Guinness. Then raise a toast — and maybe a few eyebrows among the parade-side crowd — with your newfound knowledge of St. Patrick’s Day traditions and trivia.

Leprechauns are the mascot for the day.

According to History.com, leprechauns have been part of Celtic folklore for centuries and were presented as “cranky souls” who were “known for their trickery, which they often used to protect their much-fabled treasure,” and who possessed magical powers which they could use for good or for evil.

The tradition of wearing green on St. Patrick’s Day dates back to Irish immigrants of the 19th century.

As a result of the great famine, also known as the potato famine of the 1840s, many Irish immigrants settled in America in the hopes of finding better economic opportunities. According to Time, these waves of 19th-century immigrants started wearing green and carrying flags from their home country as a way of demonstrating pride in their heritage. (The reference emerged from the green uniforms of the Society of United Irishmen, who in the late 1700s worked to promote nonsectarian, republican ideas in Ireland, inspired by the French and American revolutionaries). This tradition grew as a symbol of the holiday in America.

The shamrock is both a symbol of Ireland and a religious reference.

The three-leaf clover has long been considered the unofficial national flower of Ireland. But in addition to evoking the country, its significance is also rooted in religious history: According to Irish legend, as cited in Time, St. Patrick used the shamrock as a tool to explain the Holy Trinity to nonbelievers as he worked to convert Irish people to Christianity. 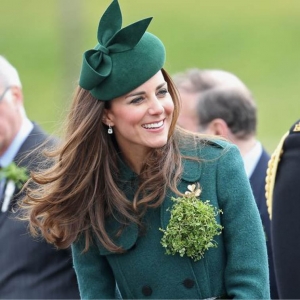 St. Patrick’s Day is celebrated around the world with parades.

While St. Patrick’s Day parades are common around the globe, New York City hosts the event commonly regarded as the world’s oldest and largest. The city’s first official parade was held in 1762. By the current century, the parade had grown into a massive annual affair with millions of spectators. (Sadly, it was canceled in 2020 for the first time in 250 years as a result of the COVID pandemic). 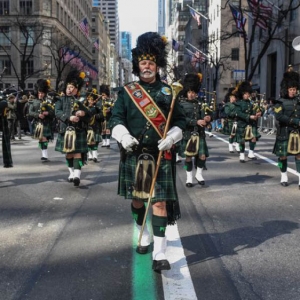