The Lake Service Award recognizes an outstanding lawyer who has performed exemplary public service and who has made significant contributions to the legal profession. Phillips was nominated by the Past Presidents’ Council and unanimously selected by the NCBA Board of Governors. 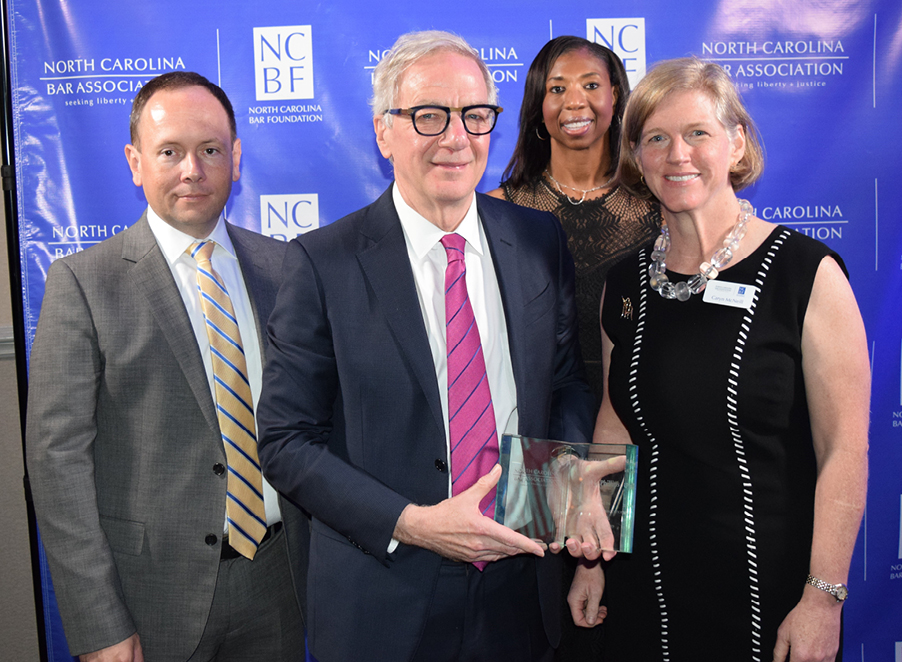 A trial lawyer for more than 40 years, Phillips represents large companies in complex business disputes. He was named managing partner of Brooks Pierce in 2016. Phillips has given generously of his time to the advancement of the legal profession. Over his career, he has served as a member of the North Carolina Board of Law Examiners and chair of the NCBA’s Strategic Planning and Emerging Trends Committee. He has chaired the NCBA’s Young Lawyers Division and served on the association’s board of governors and executive committee. He was recently elected as a vice president of the NCBA.

Among his previous awards and recognitions, Phillips has received Leadership Greensboro’s Denise E. Maleska Leadership Service Award and the Greensboro Bar Association’s Distinguished Service Award. In 2017, North Carolina Lawyers Weekly named Phillips one of its “Leaders in the Law.” He has also been recognized by The Best Lawyers in America, North Carolina Super Lawyers, Business North Carolina’s “Legal Elite,” Chambers USA and Benchmark Litigation, and he is a member of the American College of Trial Lawyers.